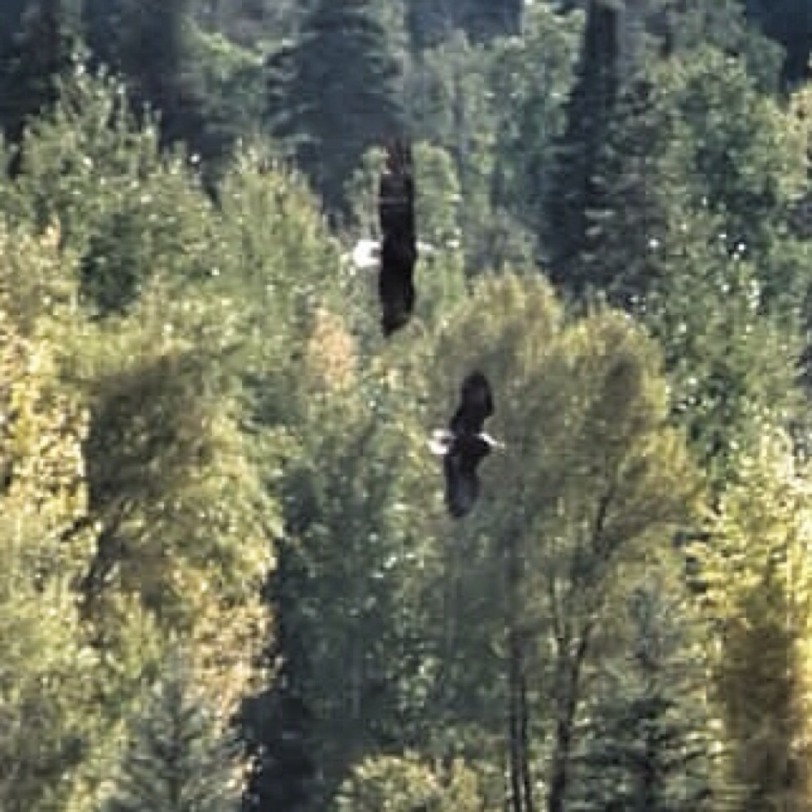 Rafting down the Snake River, at the base of the Grand Teton Mountains, we saw several birds! With my camera equipment far away birds came in closer, but my 300mm lens was not enough to bring these playing American Bald Eagles as close as I would like. STILL, WHO Gets to SEE TWO American Bald Eagles playing in-flight in the sky? We Did! Those of us on the Uncommon Journey Best of the West spotted and watched these majestic birds at play! Here they are captured in images thus creating memories of a lifetime whether zoomed in close up or not. What fun for the girl they called Ansel Adams!